The Stages of a Car Accident Lawsuit – What to Know 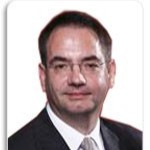 In the first stage, documents known as “pleadings” are filed in court to commence a car accident lawsuit. Pleadings are initiated by the injured person (called the “Plaintiff”) with a Complaint/Petition, which sets out the Plaintiff’s case against the Defendant. The Defendant will receive a Summons, an order from the court, notifying him of the lawsuit and setting out the time limit in which he must file an Answer or the Defendant will be in default and suffer adverse consequences. The Defendant’s Answer gives his responses to the Plaintiff’s allegations together with legal defenses to the Plaintiff’s claims. The Defendant also has the option to counterclaim against the Plaintiff for damages he incurred during the same accident. The Plaintiff may reply to the Counterclaim in the form of an Answer. In complicated situations, more parties may be become involved in the lawsuit and further documentation filed in
court.

The second stage is known as “discovery”. The federal court system, and most of the state systems, requires all facts and documents be disclosed to the other party before trial. Discovery is accomplished in three ways: written, document production, and depositions. Written questions and answers, called “Interrogatories”, are a common tool used in car accident lawsuits. Interrogatories are focused on a party’s version of the event and facts surrounding it. Document production is provision of all documents relevant to the car accident lawsuit. Depositions are questions asked verbally by the other party’s lawyer and the answers, made under oath, recorded by a court reporter.

There are interim options, which can be utilized prior to the trial. The car accident lawsuit may be settled, either through an informal agreement, or by mediation or arbitration. If this happens, the lawsuit effectively terminates at that point. In instances where settlement has not been achieved, pretrial motions can be filed in court asking for a ruling on a particular question or matters that may dismiss the case.

The third stage is the trial, where there are usually six steps followed. First, the jury is chosen. Second, opening statements are made by the Plaintiff’s and Defendant’s attorneys. Third, witnesses give testimony and are cross-examined. Fourth, the attorneys make their closing statements. Fifth, the judge gives the jury their instructions. The sixth and final stage is jury deliberation and delivery of their verdict.